And so has been the comic book of my life for the past two weeks. I haven't posted while all the madness was going on, and I am not even going to apologize, because trust me when I say it was for your own good as well as mine.

But low, I have returned, and not without TONS to tell you, so without further ado, let's get you all caught up, shall we?...

First of all, take a look around. Notice anything different? Ta-da! New Blog!

Now check this out... http://www.marianvere.com/

Tada! New Website! And they match! Where did this fabulous new theme come from you wonder?...


Dat-da-dat-DAAA!
The Once Upon a Second Chance brand new cover! 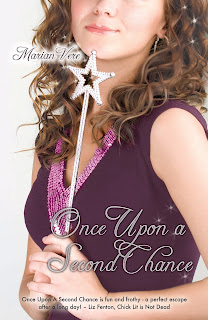 And if that wasn't enough, we are also looking for fabulous bloggers to partake in the fabulous OUASC blog tour, so if you or anyone you know might be interested, head over to AToMR and sign up!

And speaking of signing up, there is custom fairy-tale necklace being given away to one of the first hundred people to add Once Upon a Second Chance to their TBR lists on Goodreads! Just add it and you are entered to win! Details on my website, here.

Lets see, what else... There are brand new features on my website, a new author photo of yours truly now featured on all sites and social media, and some awesome OUASC book swag that I designed myself, already ordered and on it's way!

Was that everything? I think so. Now, on to what has been going on with Julianna Scott, and what better way to segue, than with the announcement of the awesome event they will be doing together next year. (Okay, literally speaking they do everything together, but this is different.) They will be presenting their very own workshop next year at RT Convention 2013, about--what else--pseudonyms! So excited! And nervous. But mostly excited!

Julianna has had a crazy two weeks as well, most of which as involved... 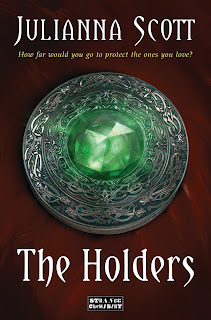 May I introduce you to The Holders! And with The Holders, may I also introduce Julianna Scott's new website! This one isn't totally finished quite yet, still lots of content to be added, but it's out there, so I wanted to let you all know!

Also, the fabulous YA Book Queen and Stuck in YA Books are currently in the middle of a The Holders Cover Reveal giveaway. Hop on over to enter!

Last but not least, if you are a Pinterest user, I have actually started using the account I have had now for months, and I am really liking it, so if you want to check it out (and if you happen to be a fan of Disney, you probably do) here it is!

Alright, I think that is it... Well, in the book world anyway, in real life (if that's what you want to call it) my two year old turned three last week, my one year old turns 2 next week, their joint birthday party which I am throwing at my house is in two days, and Hubby had surgery.(routine, nothing to worry about)

So now if you'll excuse me, I'm going to go take a nap.

It has been a crazy week, and will continue to be busy for the next few days, so please ignore the overall weirdness as I make some changes.

I will be all sorts of back next week with some great stuff to show you, including new websites, cover reveals, and giveaway goodies, so until then!

This is actually a re-post, but I wanted to remind everyone about my giveaway! Only six entries left, so get in quick! ;D

The other me, Julianna Scott, is hosting the first ever giveaway for her upcoming YA fantasy, THE HOLDERS! When 400 people add THE HOLDERS to the TBR list on Goodreads, one of them will win... 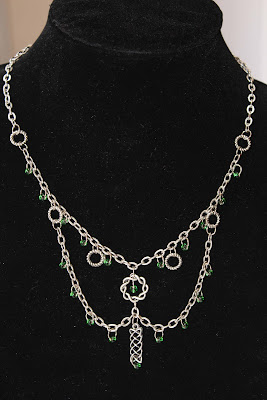 A custom made, Celtic-inspired(for a very Irish novel) necklace!

How cool, right? And it's even better in person! All you have to do to enter, is add THE HOLDERS on Goodreads, and for those of you who have added it already, not to worry, you are already entered! (Now wasn't that easy?) More official-ish details here.

That's all for now, kiddies!

Email ThisBlogThis!Share to TwitterShare to FacebookShare to Pinterest
Labels: Contests, YA

Okay, I have been trying to tweet these pictures all morning, but since Twitter is apparently playing 'crabby pageant mom' today, I'll just do it this way...